Amphetamines are a class of potent sympathomimetic agents with therapeutic applications. They are chemically related to the human body’s natural catecholamines: epinephrine and norepinephrine. Acute higher doses lead to enhanced stimulation of the central nervous system and induce euphoria, alertness, reduced appetite, and a sense of increased energy and power. Cardiovascular responses to amphetamines include increased blood pressure and cardiac arrhythmias. More acute responses produce anxiety, paranoia, hallucinations, and psychotic behavior. The effects of amphetamines generally last 2-4 hours following use, and the drug has a half-life of 4-24 hours in the body. About 30% of amphetamines are excreted in the urine in unchanged form, with the remainder as hydroxylated and deaminated derivatives. 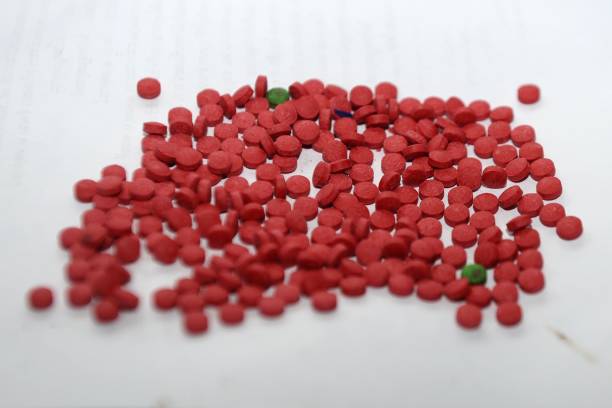